What Are the Health Benefits of a Probiotic Supplement? 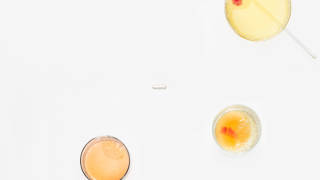 By now, you must know that probiotics support the balance of healthy bacteria in the digestive tract; however, the benefits extend much further. Probiotics, which means “for life,” are one of the biggest health trends on the market. You may have seen everything from food to beauty products infused with them. But probiotics are not just a trend: the science behind their success goes back to the early 20th century.

Nobel Prize winner, zoologist, and microbiologist Elie Metchnikoff performed a study in Bulgaria in 1907. The focus of the study was on people more than 100 years of age. Metchnikoff examined a group of people living in the Caucasus Mountains and discovered that because they drank fermented yogurt every day, they were living healthier lives. He also discovered the probiotic strain Lactobacillus bulgaricus in the yogurt. Metchnikoff then proposed that consuming these microorganisms could be beneficial to our health, and he was right.

The World Health Organization defines probiotics as “live microorganisms which when administered in adequate amounts confer a health benefit on the host.” That’s why probiotics help with your overall health condition and well-being. The balance of probiotics impact many processes in the body, including heart health, digestion, immune support, and more.

You can reap the benefits of probiotics with probiotic foods. Fermented foods such as kefir, kimchi, and kombucha are high in probiotic bacteria. Another way to consume probiotics is with a carefully manufactured supplement.

Going to the bathroom, again? We know the drill. Well, probiotics may help relieve occasional constipation and other digestive issues. Good bacteria living in the digestive system maintain normal digestive function. Yet some factors, such as age and medication, disrupt the balance of healthy intestinal bacteria. That’s where probiotics really come in to save the day.

Probiotics can help restore an unfavorable bacteria balance. Saccharomyces boulardii, Lactobacillus and Bifobacterium are some of the microorganisms found in the gut. Outside of the body, Lactobacillus acidophilus is usually found in food, such as yogurt. When these good bacteria are active and healthy, they form CFUs, or “colony forming units,” meaning the bacteria can divide and form colonies that help your body. Probiotics decrease inflammation-causing “bad” bacteria in your gut, and protect the digestive tract barriers, which is necessary for smooth digestive function.

Some studies have found that two strains of probiotics help people with ulcerative colitis: Escherichia coli nissle and a blend of eight different strains called VSL#3.

Johns Hopkins Medicine reported evidence that probiotics can positively contribute to mental health. Bacteria in the gastrointestinal (GI) system sends signals to the central nervous system. This creates a link between the digestive system and the brain, which in turn suggests a potential relationship between GI illness and mental illness. It is even suggested that the gut serves as a “second brain.” This is called the enteric nervous system, and it may influence emotional responses in people with gut disorders. This is one reason gastroenterologists might prescribe antidepressants for IBS and other gastrointestinal issues. The medications may calm symptoms by soothing nerve cells located in the digestive tract.

What is the relationship between probiotics and heart health? It’s complicated and not quite understood just yet.

Modern studies have explored the idea that gut bacteria create chemicals after being exposed to the foods that we eat. Those chemicals are then purportedly absorbed into the bloodstream, impacting blood pressure. In animal studies, this impact was significant over the course of a lifetime, according to researchers at Johns Hopkins Medicine.

Harvard researchers confirm that the relationship between heart health and probiotics is not yet fully understood. There is evidence that high dietary sodium levels may influence gut microbe populations and that toxins can impact the kidneys. The kidneys are involved in blood pressure regulation, making this an interesting discovery. Another connection to the heart comes from Streptococcus mutans - a bacteria that causes tooth decay – because it can enter the bloodstream and impact heart valves (more on that below!).

Overall, the relationship between probiotics and heart health is promising but unproven, as researchers continue to examine their potential connection.

Approximately 70% of cells in the immune system are located in the digestive tract, and that involves the body’s “microbiota.” Microbiota refers to the entire body’s microorganisms, which has many important functions in the body. Regarding immune health, our healthy gut bacteria create a protective layer in the gut that blocks pathogens from entering the bloodstream. When these bacteria do not function properly, disease and discomfort take hold. One study specifically linked the bacteria strain Lactobacillus paracasei to healthy digestive and immune function.

Given the intimacy between digestion and weight loss, people often wonder what role, if any, probiotics can play in weight loss. According to the Mayo Clinic, there is some evidence that bacteria in the gut play a role in extracting and metabolizing nutrients from food. When unhealthy foods are consumed, the natural balance of gut bacteria can be negatively tipped, leading to imbalance. It is suggested that some of these imbalances may contribute to obesity.

Benefits of probiotics for men

There are some benefits of probiotics that enhance men’s health specifically. Men die from heart disease more than any other health problem, and this is a growing concern in the Western world. Combined with the fact that men are less likely to visit a physician, heart disease is a potentially deadly problem. Those who suffer from heart problems have been shown to have an undesirable bacteria called Streptococcus mutans in their heart valves. This bacteria is usually found in the mouth and leads to tooth decay. If the oral microbiome is out of balance, Streptococcus mutans can enter the bloodstream and lead to a compromised cardiovascular system.

Probiotics may also benefit libido and sex drive by balancing hormones. One animal study found that probiotics maintained serum testosterone levels, which is necessary for maintaining a healthy libido in men.

Benefits of probiotics for women

For women, improved vaginal health is one of several benefits of probiotics. Probiotics may promote normal vaginal health by protecting against conditions that cause itching and other health issues. Research suggests that vaginal canal bacteria keeps the pH level around 4.5 (acidic). This low pH inhibits other organisms that may cause problems, according to the Global Healing Center. Unbalanced bacteria caused by age, sexual practices, douching, hormones, diet, medication, and other lifestyle factors may influence the unwanted growth of bacteria that leads to yeast infections. Probiotics may help tip the bacterial scales in the right direction to assist with vaginal canal health.

Benefits of probiotics for kids

You may have noticed probiotics are in many foods for children. As children are prone to illnesses that require antibiotics, such as ear infections and GI problems, children frequently have their natural bacterial balance thrown off. That’s because antibiotics are designed to kill bacteria, and while they are necessary to kill off the unwanted infection, they also harm the natural gut bacteria. In these cases, probiotics can be used for children in the same way as for adults. The use of probiotics may soothe gastrointestinal pain for children and ease antibiotic associated diarrhea.

Many children today struggle with getting the fresh and healthy foods they need to thrive. This causes a lot of digestive problems. Probiotics may help children who do not have access to nutritious food.

Which probiotic should I take?

Probiotics are one of the most important supplements on the market. When it comes to supporting the health of the digestive system - the driver of 70% of the immune system - choosing a probiotic requires great care.

Care/of Probiotic Blend contains two highly studied probiotic strains: Lactobacillus acidophilus (NCFM) and Bifidobacterium lactis (BI-04). Each strain was fermented with specific harvesting times prior to concentration and drying, and both were chosen because of the research currently available on efficacy.

Each strain has been shown to help colonize the gut with helpful bacteria in order to support a healthy digestive system. Our strains are cultivated, tested and encapsulated in the United States, and patented technology helps to ensure the stability of our probiotic blend. Plus, our blend is non-GMO, vegan, and gluten-free. 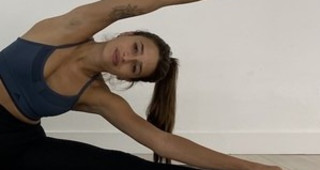 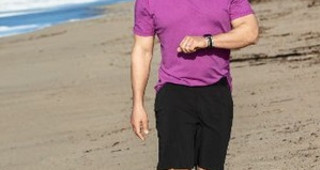 Vitamins and Supplements for Thyroid Health