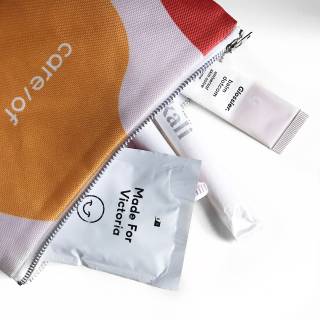 It’s no secret that PMS has a bad rap. We’ve all heard the horror stories, and some of us have lived them. Short for premenstrual syndrome, PMS describes the collection of symptoms that women typically experience one to two weeks before their period’s onset. Nearly all menstruating women can say that they’ve had some degree of PMS in their lifetime.

The list of PMS symptoms is surprisingly vast: by some estimates, over 150 symptoms have been attributed to PMS. Common physical symptoms include bloating, cramps, and breast tenderness. Emotional symptoms include irritability, depression, and mood swings. There is no single, straightforward explanation as to what causes PMS, though it’s often attributed to hormonal shifts during the menstrual cycle. While minor symptoms can be merely disruptive, acute symptoms are debilitating. Whatever the severity, PMS is commonly thought of as an unwelcome monthly occurrence. 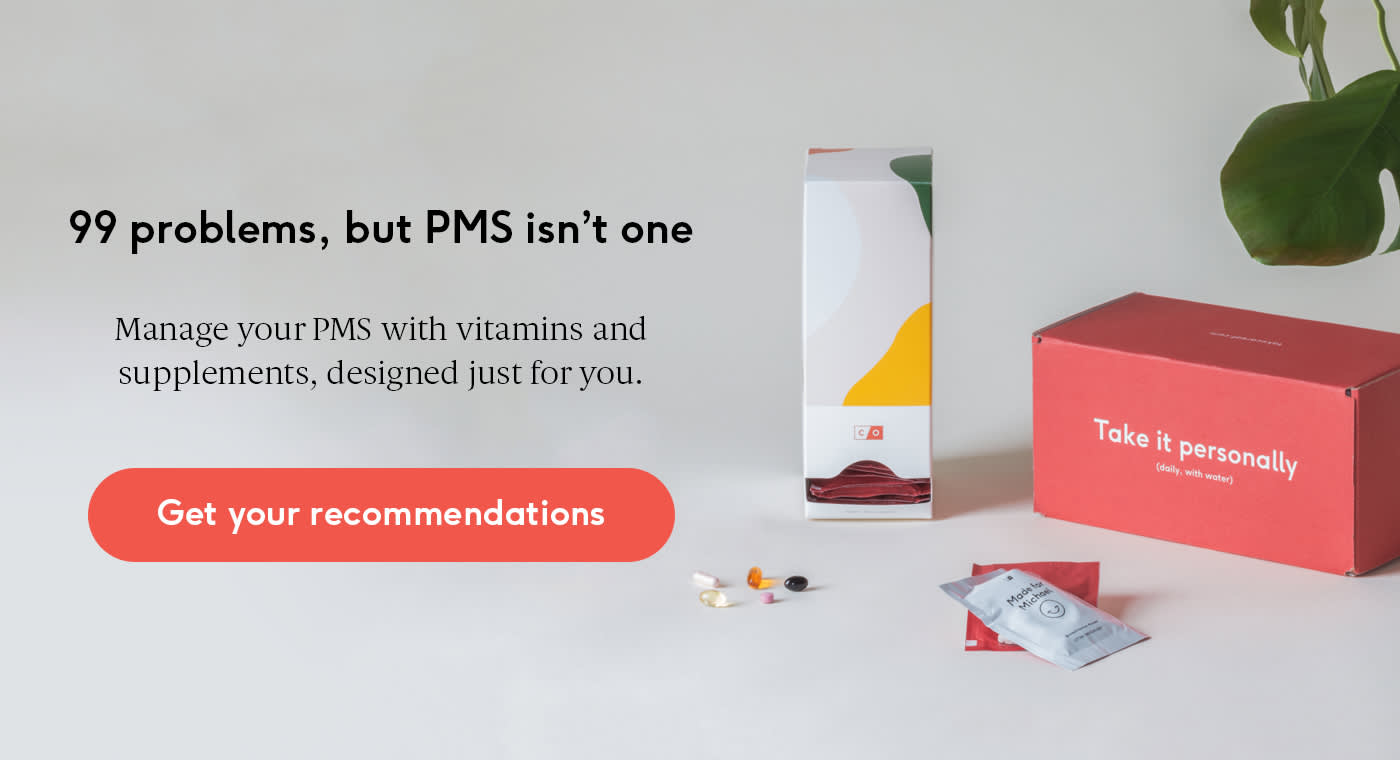 Supplementing for PMS may be just what you need

Although you can’t necessarily erase all signs of PMS, studies show that its symptoms can be reduced through focused attention to diet and supplementation. We’ve read through countless pages of clinical research to find the vitamins and supplements backed by science to help alleviate PMS symptoms.

1. Calcium: does the body (and mind) good

Calcium supports your bones and muscles. Calcium deficiency, which poses a serious health risk for women, may also contribute to PMS symptoms. In a medical study published in 2017, a group of college students who reported severe PMS symptoms were given 500 mg of calcium a day for two months. Compared to a placebo group, those taking calcium saw lower rates of anxiety, depression, fluid retention, and moodiness.

A previous study produced similar results, finding that fatigue and change in appetite were significantly reduced for a group who took 500 mg of calcium carbonate each day for three months.

These results strongly suggest that mood symptoms of PMS can be significantly reduced by increasing daily calcium.

2. Vitamin D for a sunnier outlook

Vitamin D is a crucial vitamin for calcium absorption as well as bone health. In fact, emerging research suggests that it may be just as important as calcium itself. Unfortunately, many American adults and teens simply don’t get enough of it.

Magnesium is essential to health and helps with sleep, energy, bowel regularity, and more. Magnesium deficiency has been linked to PMS, and several studies reveal that supplementing with magnesium can aid both physical and emotional symptoms.

A double-blind study of 20 patients indicated that magnesium can help prevent and relieve menstrual headaches. A second study found that a group of women taking magnesium along with vitamin B6 had reduced cravings and stress due to PMS.

This is the kind of fat your body thrives on. Omega-3s are vital for overall health, supporting the eyes, heart, joints, and brain. A double blind study found that taking a daily dose of omega-3 fatty acids reduced both physical and emotional symptoms of PMS including depression, anxiety, lack of concentration, headache, bloating, and breast tenderness.

Improve PMS symptoms with the ancient wisdom of herbs

Herbal supplements are another option for those seeking a reprieve from PMS symptoms. These healing herbs have been used for centuries, and are often free of the unwanted side effects typically associated with prescription and hormone treatments.

Ashwagandha (a.k.a. the “chill pill”) is an adaptogenic herb that has been shown to relieve stress, and food cravings.

There are also some herbal supplements that may have benefits specific to PMS symptoms. Keep in mind, though, that if you’re looking to become pregnant, you should check with a doctor before taking herbal supplements.

Chasteberry, also known as vitex, is made from extracts of fruits from the chaste tree. It is widely taken for menstrual symptoms, menopause, infertility, and other women’s hormonal health conditions. Though more research needs to be done on the topic, studies show that it can help with both emotional and physical symptoms of PMS (particularly breast pain).

Dr. Jeffrey Gladd, an integrative physician, says, “Most PMS symptoms stem from some degree of estrogen dominance, where a woman has more estrogen relative to progesterone at this key time of the cycle. Vitex is thought to help support a woman’s progesterone level, making it the ideal supplement to consider all month long or just during the second two weeks of the cycle.”

Evening Primrose Oil is a supplement made from a yellow flowering plant native to North America. Native Americans commonly used Evening Primrose oil both as a food, and as a remedy for sore throats, stomach problems, and more. While it is widely known for its ability to help with PMS symptoms, there is conflicting evidence about its efficacy. Although it is not yet supported by substantive scientific research, it is said to help with breast tenderness, depression, and mood symptoms associated with PMS.

Moving towards a gentler cycle

Of course, the menstrual cycle is a natural part of women’s health. But, when you think about it, the combination of PMS and menstrual pain can create up to two weeks of misery every month–a considerable amount of time. So if you do feel that PMS symptoms diminish your quality of life, supplementation may be a major step towards improving your overall well-being.

Strong scientific evidence suggests that the right supplementation can significantly reduce both PMS and painful menstrual symptoms. In addition to other improvements to your diet and lifestyle, a personalized supplement regimen can be an important component of a wellness approach that helps you feel great all month long.

If you are interested in taking supplements, you should consult with your healthcare provider, or take an online lifestyle assessment. 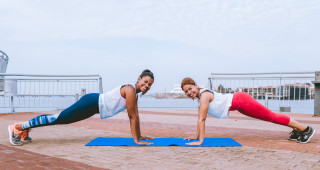 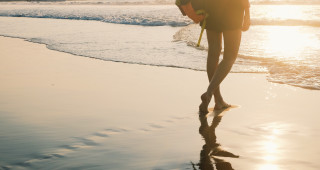